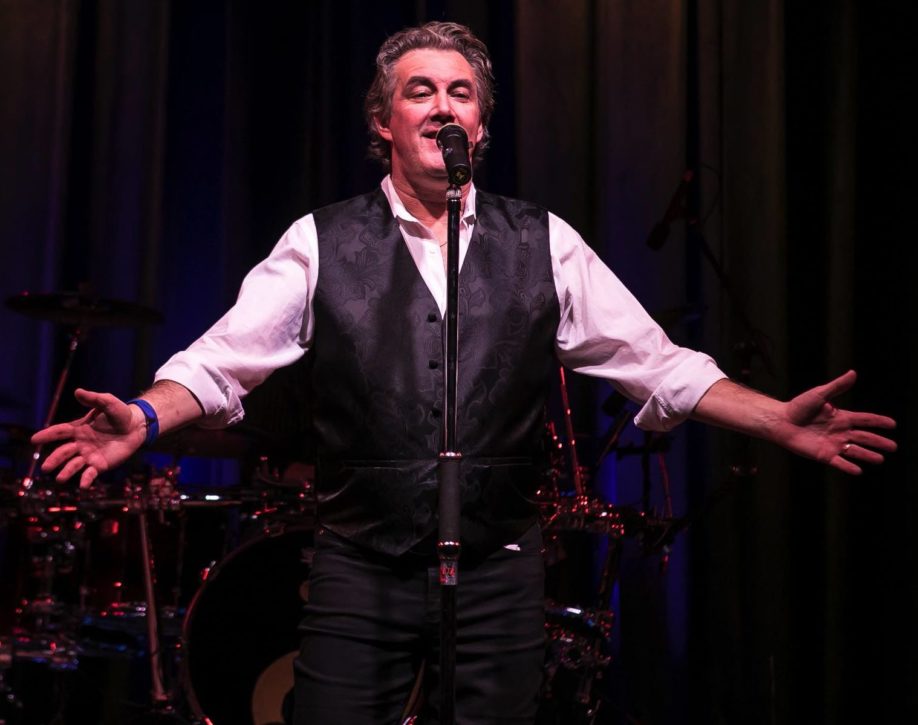 “Life’s been good to me so far”
Doug has been a familiar figure around the New England music scene for many years. Having been raised on the British Invasion pop rock of The Beatles and The Stones, he immersed himself in his love of music from a very early age. He spent his formative teenage years and early adulthood playing prog rock on the New England club circuit,  before doing a complete 180 and embracing the intensity of Stevie Ray Vaughan and the blues resurgence in his later years. Throughout his music career he has played and recorded in original projects, travelled the country in tribute shows, and paid many dues cranking out classic rock & blues at local bars.

These many influences and styles have shaped Doug into a chameleon-like guitarist. He is equally comfortable playing rock, pop, blues, jazz, country, rockabilly and Americana – both electric and acoustic, slide and standard. This versatility makes for a perfect fit into the varied styles of the Eagles catalog. Sliding into one of the guitar posts of this Eagles Tribute Band was as comfortable to Doug as an old pair of jeans. The challenge of replicating the style, tone and feel of these classic songs shines through when you witness his utter joy in performing them live.

Or, as Doug is known to say: “I can’t complain…. But sometimes I still do.”

Jeff Griffith has been composing and performing since the age of five. Performing in coffee houses in upstate New York in the early 70’s, developed his passion for music. The environment offered a free-spirited atmosphere and the encouragement needed to compliment his classical training. His journey with music led to the completion of his first symphony by the age of 9, appointment to Choir and Folk Group Director at St. Theresa’s Catholic Church in Pawtucket, Rhode Island at the age of 11 and producing a television spot for the Ronald Reagan 1980 election campaign.

After attending classes at Juilliard, New England Conservatory and completing his degree from the University of Massachusetts Lowell studying composition, guitar and voice with the likes of Nector Lennox, Anton Holevas, Jon Wheatley, Everett Longstreth, Nat Paella, Dr. Gerry Lloyd and Paul Gay; Jeff decided to venture into the theater and music production world to develop more skills in order to help promote his music. Serving as Technical Director at the University of Massachusetts Lowell, the Lowell Memorial Auditorium, Project Manager for High Output, Inc. and the industry’s leading rigging manufacturer JR Clancy, Inc., no aspect of production was untouched.

A proud member and former president of IATSE Local 195, IATSE Local 481 Grip Department and an active member of AFM Local 9-535 and the Recording Academy, Jeff with his company, Griflyn Productions, LLC, can be found performing, producing, teaching and consulting in every aspect of the entertainment industry.

Originally from New York City, Steve began his music journey with a pair of sticks at age 9. Moving to Massachusetts in 1979, he exploded onto the Boston music scene with original bands all throughout the 80s and 90s.

Experiences playing with Matt Guitar Murphy, Danny Kline (J Geils Band), Marky Mark and the Funky Bunch, Mitch Fortier playing Progressive Rock, R&B, Blues and everything in between, Steve established himself as a solid and reliable professional within the New England market as a drummer and band leader.

Steve joined ATS in 2009 and has continually raised the barre of each performer with his meticulous attention to detail and nuance of the music. As a senior partner of Another Tequila Sunrise, LLC, Steve’s guidance, knowledge within the industry and musical capabilities have proven to be the backbone of the band.

Known for his directness and not one to sugar coat the truth, Steve manages all of the shows as the Stage Manager for ATS.

Steve’s design skills are second to none for his custom spider drum platforms. Audiences walk away mesmerized by his playing but also by the spectacle of his presence on stage.

A self-taught musician, Rick has been developing his craft and gaining experience in a variety of styles for nearly forty years. From classic rock and top 40, through contemporary Christian originals and the coffee house scene, to high-profile tribute acts, Rick has been performing throughout New England and along the East coast, sharing the stage with national acts such as Foghat, Confederate Railroad and Phil Vassar.